Prepare Your Mouth for Mistletoe Surprises 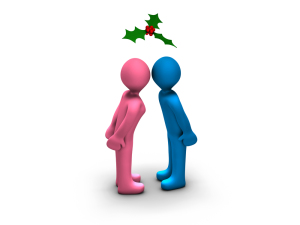 Are you hoping to catch someone under the mistletoe this season? Kissing under the branches and berries of a mistletoe sprig has been a worldwide tradition for generations, perhaps longer (the origins of the ritual are vague). Many people still find the tradition fresh and exciting every year, and you may be among those surprised with a kiss. If so, you’ll want to ensure that the person kissing you remembers the moment for the right reason. Atlanta dentist Dr. Peter Pate gives you these tips to ensure that your mouth remains kissable and ready for those mistletoe surprises.

Tips to a Kissable Mouth 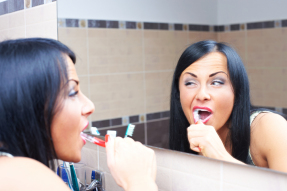 For many people, the first thought that October brings to mind is Halloween and the hordes of candy that will inevitably assault their oral health. However, there is another reason to celebrate October as the American Dental Hygienists’ Association (ADHA) marks National Dental Hygiene Month. Since most of us have been instructed to care for our teeth since childhood, oral hygiene may not seem like a problem. Yet, gum disease still affects over 75% of adults in America, and over 90% of adults under the age of 60 have had at least one cavity in their permanent teeth. To help lower these statistics, at least among our patients and readers, Atlanta dentist Peter A. Pate, outlines the basics of proper oral health care.

While most of us can say that we brush our teeth every day (we hope!), not everyone knows that there is a right and wrong way to brush your teeth. One of the most common tooth brushing mistakes is brushing too quickly, or not thoroughly enough. END_OF_DOCUMENT_TOKEN_TO_BE_REPLACED 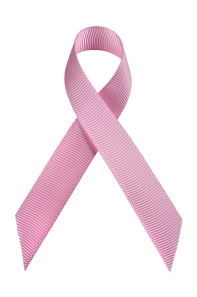 October is an important month for more than just the ghouls and goblins that roam the street on Halloween. It is also National Breast Cancer Awareness Month, a time to promote diligence and awareness of the most common cancer diagnosed among women. Studies conducted by the World Health Organization (WHO) indicate a strong connection between the presence of gum disease and the development of breast cancer. To help raise awareness of the epidemic, your Atlanta dentist, Dr. Peter Pate and his team share some facts about breast cancer while debunking some of the more popular myths surrounding the disease.

MYTH: Breast cancer is not as deadly as most cancers, since it only affects the breasts.

TRUTH: Every year, over 220,000 women are diagnosed with breast cancer in America. Of those, over 40,000 cases will be fatal.   Cancer, no matter what part of the body it affects, is a deadly disease and should never be underestimated.

MYTH: Men do not get breast cancer. It only affects women. END_OF_DOCUMENT_TOKEN_TO_BE_REPLACED

As a triathlete, Dr. Peter Pate knows the exhilaration of competing in endurance sports. As a dentist, he also understands that the lifestyle required of a dedicated athlete poses many risk factors for the development of tooth decay and other oral health issues. Although athletes are generally health-conscious individuals, many people are still unaware of the link between oral health and overall health.  Even more individuals do not realize just how vulnerable oral health is to the destructive habits of daily life. Many dentists report that their athletic patients in particular have suffered extensive oral health issues, such as rampant tooth decay and even tooth loss. While some cases can be attributed to little more than poor oral hygiene, many are residual effects of the damage done by the necessities of an athletic lifestyle. Dr. Pate explains how athletic dedication can put you at higher risk for cavity development.

Endurance athletes place tremendous strain on their bodies. In order for the body to withstand this pressure, it must have enough energy; therefore, the endurance lifestyle requires an increase in caloric intake. On average, an athlete will consume 6-10g of carbohydrates per kg of body weight per day — an estimated 60% of their calories. Unfortunately, the same carbohydrates that fuel the body also fuel the bacterial plaque that coats the inside of the mouth. Malicious oral bacteria, mainly Streptococcus mutans, or S. mutans, have an insatiable appetite for refined sugars and carbohydrates. After greedily metabolizing carbs, bacteria excrete the by-product lactic acid onto the surfaces of the teeth. This acid  attacks and weakens the tooth enamel while sapping minerals from your teeth.  This makes it very easy for bacteria to slip past this protective layer into the more vulnerable parts of the tooth, causing the formation of dental caries (cavities). Your teeth are the most vulnerable during a race. Some events (like the Ironman triathlon, for instance) can last up to 17 hours. During this time, you must not only consume the necessary daily intake of carbs, but also maintain the energy supply your body will require to keep up with the demand placed on it. Experts suggest an intake of 30-60g of carbohydrates per hour during exercise to maintain blood glucose levels. With this steady intake of fuel, S. mutans and other harmful bacteria can produce an almost continuous supply of lactic acid on your teeth. END_OF_DOCUMENT_TOKEN_TO_BE_REPLACED

Are Energy Drinks Damaging Your Teeth? 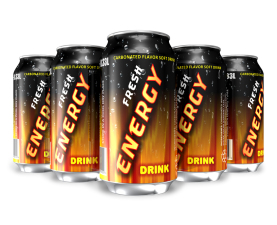 Approximately 30-50% of teens in the US consume energy drinks in an effort to improve their athletic prowess, sharpen their concentration, or just obtain a boost of energy to make it through the rest of the day. 62% of American teens consume sports drinks at least once a day. The general belief is that a sports drink, or even an energy drink, is better for you than a sugary alternative, such as juice or soda. Atlanta dentist Dr. Peter Pate explores whether this belief is true, and how sports and energy drinks affect your oral health.

In a study published in the May/June 2012 issue of General Dentistry, researchers uncovered that the alarming increase in adolescent consumption of sports and energy drinks is causing irreversible damage to their teeth. Researchers emulated the consumption of these beverages by immersing samples of human tooth enamel in each beverage for about 15 minutes, then immersing them in artificial saliva for two hours. This process was repeated four times a day for five days to stimulate the same exposure young adults subject their teeth to by drinking these beverages several times a day. The acidity levels of energy drinks were far more impressive than those of sports drinks, but both proved noticeably detrimental to tooth enamel after only five days of exposure. Damage to tooth enamel is irreversible, and without enamel, your tooth is essentially defenseless against food debris and bacteria that can cause tooth decay and gum disease. END_OF_DOCUMENT_TOKEN_TO_BE_REPLACED 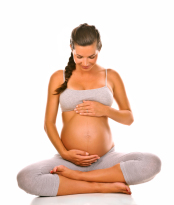 So you’ve discovered that your own little bundle of joy is on the way.  Now that you are caring for yourself as well as your unborn child, you have additional responsibilities.  One topic you may not consider in relation to your pregnancy is your oral health. Atlanta dentist Dr. Peter Pate explains why you shouldn’t place your dental hygiene at the bottom of the list during your pregnancy.

Gum Disease and Your Pregnancy

Periodontal (gum) disease has a direct relation to many chronic inflammatory diseases such as heart disease and diabetes. It also has been linked to preterm and low-birth weight babies. The main culprit suspected in the link is the bacterium P. gingivalis, which induces your body’s inflammatory response. When gum disease causes your gums to swell and bleed, bacteria enters your bloodstream through the soft infected tissue. As P. gingivalis travels throughout your body, it can provoke the same inflammatory response as it did in your gums. When you are pregnant, this can mean abnormal conditions surrounding the birth of your child. END_OF_DOCUMENT_TOKEN_TO_BE_REPLACED 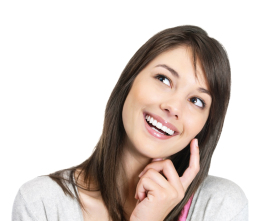 The American debate over amalgam began in the 1830s. Two brothers from France, the Crawcours, introduced the filling material in the United States in 1833. By 1844, 50% of dental restorations placed in upstate New York were amalgam. The brothers called their innovative material royal mineral succedaneum, which drew attention away from the mercury content because the public associated the name with gold. In 1843, the American Society of Dental Surgeons ran the brothers out of town, considered them charlatans, and declared the use of amalgam as malpractice. The amalgam solution, however, was cheaper, easier to apply, and less painful than traditional methods, and banning it made the ASDS quite unpopular. In 1850, it rescinded its amalgam boycott, but not soon enough. In 1856, the ASDS disbanded.  END_OF_DOCUMENT_TOKEN_TO_BE_REPLACED