Get this!  In 2003, Americans chose the toothbrush as the “cannot live without” invention. The toothbrush won over computers, cars, cell phones, and the microwave!

People have always wanted clean teeth. Until the first toothbrush was invented, folks used a frayed stick, feathers, bones, porcupine quills, and just about anything they could come up with to get plaque and food off their teeth. 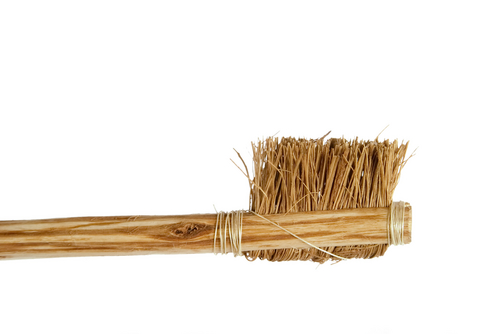 The first toothbrushes on historical record were created in China around 1498. They were made of hog’s hair in bamboo and worked much like today’s toothbrush.

In 1780, William Addis first mass produced a toothbrush. He came up with the idea and made the prototype while in prison (for causing a riot — those rowdy oral healthcare guys!). The toothbrush was made with a small animal bone and bristles inserted through drilled holes. (What small animals are in a prison? Ugh. Don’t ask.)

In 1857, Mr. H. N. Wadsworth patented a toothbrush in the United States, and mass production came about in 1885. Again, the inventor used a bone handle and boar’s hair in the design.

DuPont introduced nylon bristles in 1938, and they were a much better choice. They did not harbor bacteria, and they dried much faster than boar’s hair.

Now, here are the best toothbrush practices for your family…