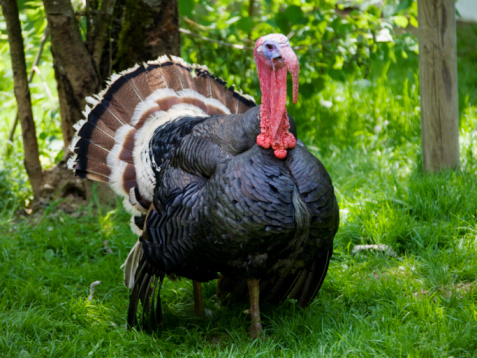 The turkey will probably be the main dish at your Thanksgiving feast. How much do you really know about the bird you’re going to gobble?

1.   Who preferred the turkey as the national symbol of America, instead of the bald eagle?

2.   True or False? A female turkey is called a chicken.

3. What is a baby turkey called?

a. Rooster
b. Chicken
c. Tom

5.   Christopher Columbus believed the turkey was a member of what bird family?

a. Chicken
b. Peacock
c. Duck

6. What is the turkey’s collarbone called?

After celebrating Turkey Day, make sure you floss afterwards for National Flossing Day. Also, remember to visit Dr. Pate to remove turkey pieces stuck between your teeth, and keep your mouth healthy throughout all the holiday feasts. Contact Dentistry in Buckhead at 404-266-9424 to schedule an appointment.